The Mobile Steam Distillation (MSD) process is an economical and environmentally safe alternative for the treatment of soils which have been impacted by hazardous or non-hazardous compounds. MSD is an ex-situ process that uses steam and pressure to remove contaminants from soil or other waste material. This is a physical separation of the process (volatilizes and/or mobilizes), and is not specifically designed to destroy the contaminants. The performance of the MSD system is measured by the reduction in contaminant levels. 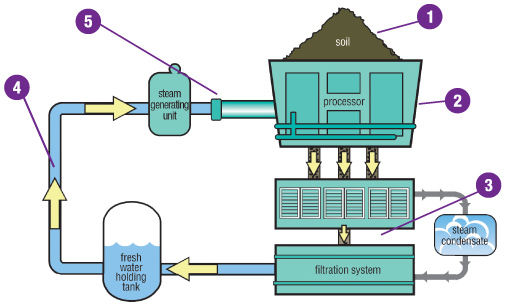 < Back to Mobile Steam Distillation